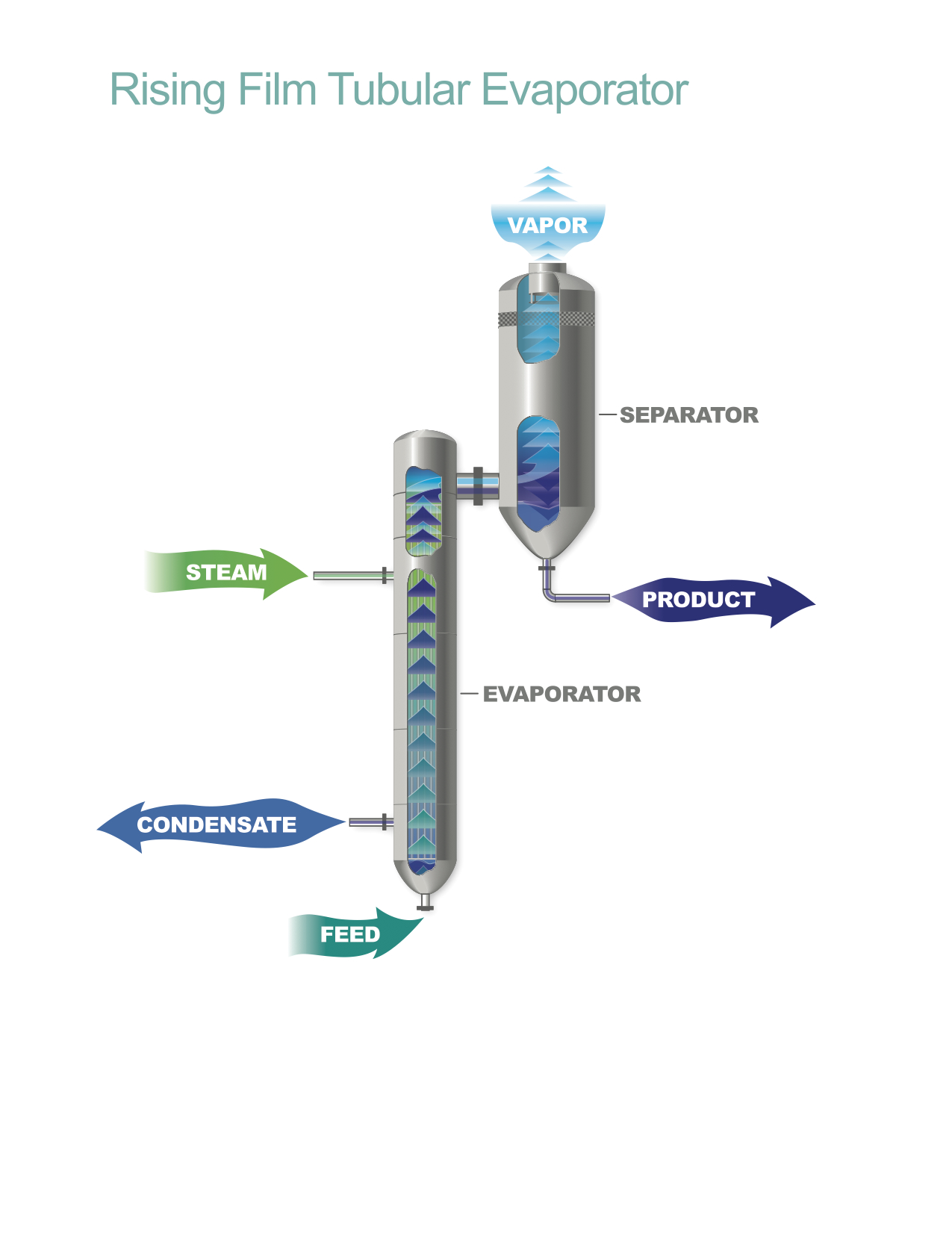 A rising film or vertical long tube evaporator is a type of evaporator that is essentially a vertical shell and tube heat exchanger. The liquid being evaporated is fed from the bottom into long tubes and heated with steam condensing on the outside of the tube from the shell side.

This is to produces steam and vapour within the tube bringing the liquid inside to a boil. The vapour produced then presses the liquid against the walls of the tubes and causes the ascending force of this liquid. As more vapour is formed, the center of the tube will have a higher velocity which forces the remaining liquid against the tube wall forming a thin film which moves upwards. This phenomenon of the rising film gives the evaporator its name.